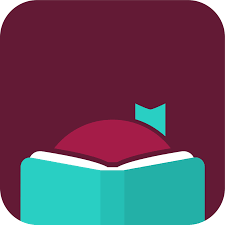 Did you know that you can listen to English audiobooks through the library?

Listening to an audiobook is a different kind of experience than reading on paper, and the narration is very important to your enjoyment of the book. A good narrator can make the book feel more intense and personal, as well as more entertaining and funny. Having a book read in the story’s local accent adds yet another dimension to the listening experience, and I highly recommend trying books from different English-speaking regions.

4 recommended audiobooks you can find on Libby

Mungo is named after the patron saint of Glasgow, the city where the story takes place. He is a young, gay man in a Protestant working-class environment. His mother drinks, his father is not present, and his older brother is not exactly a caregiver either. Then he meets James, a young Catholic boy, and together they dream of leaving their difficult circumstances.

This is a brutal book, and the narration in Scottish English puts you right in the center of the action. But the book is also very moving and tender. If you liked Stuart’s last book, Shuggie Bain, you will likely enjoy this one too.

My Sister, the Serial Killer by Oyinkan Braithwaite (narrated by Adepero Oduye)

Korede’s younger sister Ayoola has gotten into the habit of killing her boyfriends, and calling her sister for help to clean it up. Korede does not want to help her, but she feels compelled to save her sister time after time. Then, one day, Ayoola starts dating the handsome doctor Korede already had her eyes on. What to do now?

The story is full of dark humor, but also has some underlying social criticism. It is not a who-dunnit crime story – we already know who the murderer is. It is more about relationships, gender and culture. The narration by Nigerian-American actress Adepero Oduye adds greatly to the enjoyment of this story.

There There by Tommy Orange

This book follows several characters, and is therefore narrated by a cast of different voice actors. This adds to the feeling of authenticity, and helps the reader/listener keep the characters apart.

The people we follow in this book are all Native Americans living in Oakland. Some are successful and some are not doing so well. They are all in some way grappling with their identity as Native. Oakland has its share of poverty and crime, and some of the characters we follow are trapped in negative cycles. As we get to know them all, we learn how their stories are interconnected – in past and present. The pace intensifies as the story progresses, culminating in a catastrophic event at a pow-wow. This book stays with you long after it is finished. The characters feel real – and therefore their struggles do as well.

Broken Horses by Brandi Carlile (narrated by the author)

I went into this book not knowing that Brandi Carlile is a famous musician. Through listening to the book I became a fan, because acoustic music is interspersed throughout the prose. Listening to an author read their own memoir is an intimate experience as is, and the songs brought it another layer of emotional heft.

Brandi grows up in a poor family, yet it is a family full of love. She is gay and grapples with how to reconcile this with her Christian faith. We follow her musical story, hear about her musical heros – such as Elton John – and learn about her life raising kids with her wife.

Use your library card to log on to the Libby-app. Now you can listen to audiobooks or read           e-books for free!